Engineer Taylor Veltrop has created a system for controlling a robot by mapping Microsoft Kinect motion controller output onto a skeletal frame with some fantastic results.

Veltrop has created a wire model of the robot to help him control and calibrate the movements of the robot in conjunction with the movements from the Kinect. The robot used is called the Veltrobot, and is gyro-stabilized and has a significant amount of limb freedom. Check out the video to see the Kinect controlling the robots movements after the jump 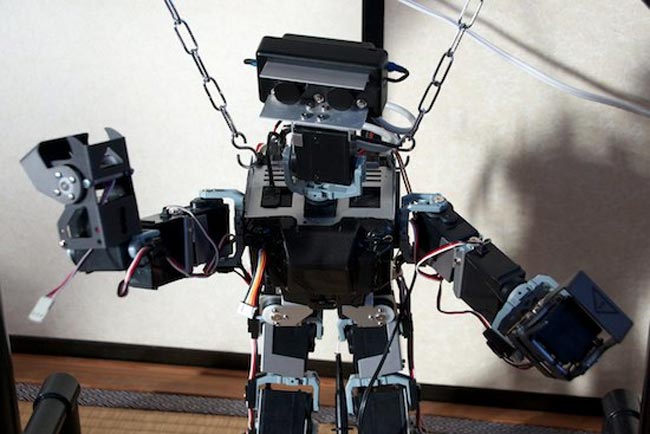 Veltrobot is based on a Kondo KHR-1HV and is controlled by a Microsoft Kinect as master/slave. The software uses ROS to run the robot and the NITE package for the Kinect. More information on the project can be found at Veltrop’s website