Students at MIT have this week unveiled a Kinect 2.0 like device they have created “nano-camera” that can capture translucent objects, such as a glass vase, in 3D and operates at the speed of light.

The new inexpensive ‘nano-camera’ has been designed to be used in medical imaging, collision-avoidance detectors for cars, and interactive gaming to name just a few areas it might excel. 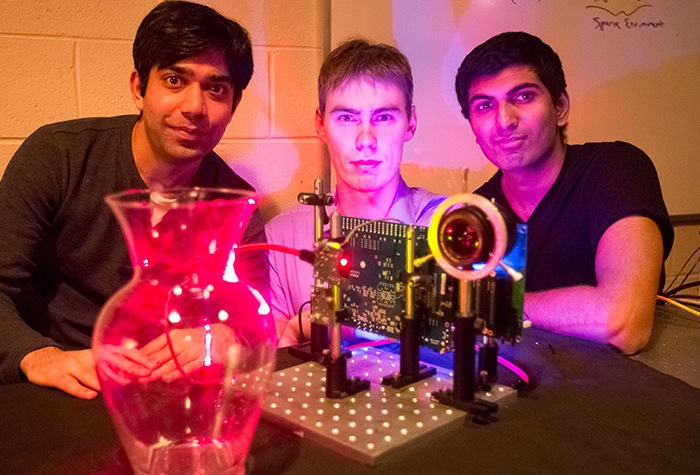 The nano-camera uses technology based on “Time of Flight” similar to that used by Microsoft in its second-generation Kinect 2.0 device which recently launched with its new next-generation Xbox One games console.

The “Time of Flight” technology processes the location of objects by calculating how long it takes a light signal to reflect off a surface and return to the sensor. Achuta Kadambi, a graduate student at MIT explains:

“Using the current state of the art, such as the new Kinect, you cannot capture translucent objects in 3-D,”-“That is because the light that bounces off the transparent object and the background smear into one pixel on the camera. Using our technique you can generate 3D models of translucent or near-transparent objects.”

For more information on the new 3D nano-camera jump over to the MIT News website for details.