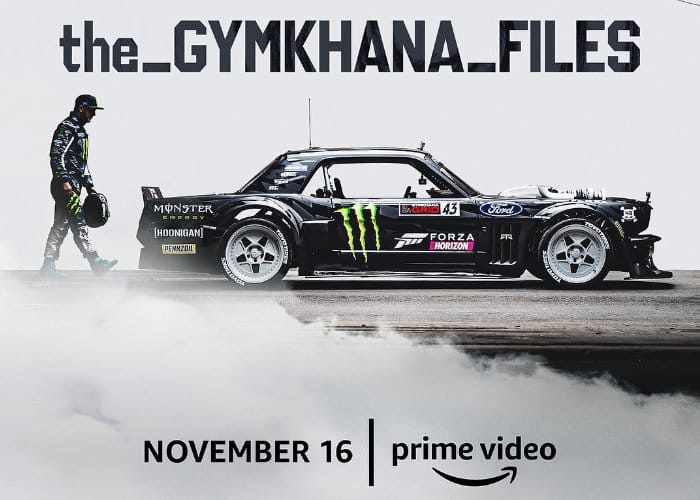 A new teaser trailer has been released for the upcoming Gymkhana Files TV series shortly premiering on Amazon Prime. Which takes viewers deep behind the scenes of one of the world’s “wildest, most successful viral video franchises of all time”, following Ken Block.

The Gymkhana Files TV series takes the form of an eight-episode unscripted series featuring famed motorsports star Ken Block and the making of Gymkhana 10, the recently-announced tenth instalment of his award-winning, record-breaking Gymkhana Film series. The Gymkhana Files premiers on Amazon November 16th 2018 with two episodes per week, and the final episode will feature the release of Gymkhana 10.

“The Gymkhana Files: Coming to Prime Video on November 16th. The Gymkhana Files takes viewers deep behind the scenes of one of the world’s wildest, most successful viral video franchises of all time, with over 500 million online views and counting. Follow globally recognised race car driver and viral star Ken Block and his team of Hoonigans as they attempt to make the greatest automotive video of all time while racing in the World Rallycross Championship.

It’s an exclusive look behind the filming, the struggles and the personalities that go into making of one of the biggest viral campaigns of all time, along with the untold stories and never-before-seen footage from Block’s previous nine films.”