A new company called Kapture has launched a very unique device aptly called the Kapture which has been created to help you keep those moments that would otherwise normally be lost for ever.

The Kapture device continually records the last 60 seconds in a buffered loop that continually overwrites itself through out the day. Unless the users taps the device to save the clip. Which is then downloaded safely to your smartphone for access at a later date and to share with your friends. Watch the video after the jump to learn more about the Kapture project and see it in action. 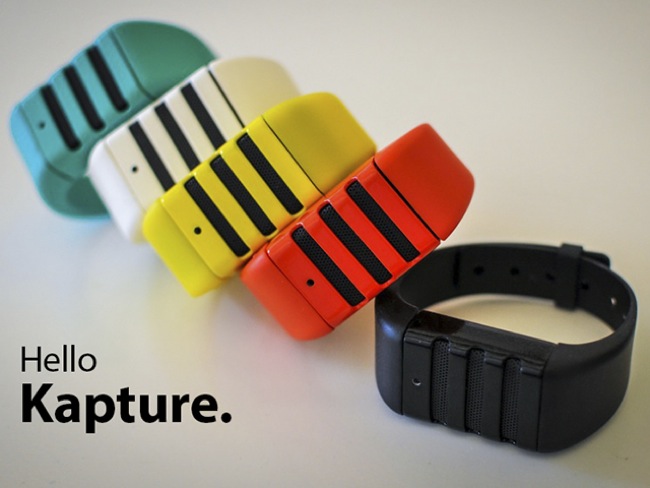 “The Kapture app has been designed to be the user interface (UI) for our wearable device. Once you tap your wrist to save the moment, it will show up on the app in a matter of seconds. Each clip can then be named, tagged, filtered, shortened, and shared if you want. You can even add a rad photo to give it more appeal. Upon delivery of the wristband, the app will be available for iOS and Android smartphones.

The design requirements for Kapture were very specific: a person must want to wear it daily, and it must reflect the simplicity of our idea. The retro-microphone inspired design has no buttons or screens.”