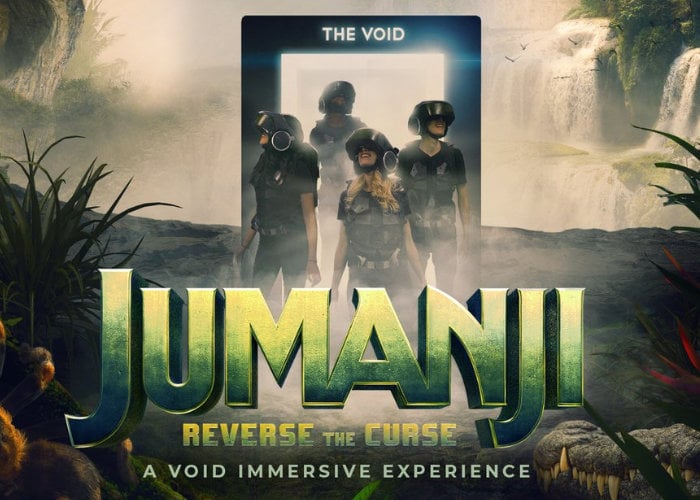 Following on from the Ghostbusters virtual experience at the VOID, Sony has announced the Jumanji: Reverse the Curse virtual reality experience will open at select VOID locations starting from November 27th, 2019 onwards. The VR experience has been created thanks to a partnership between The VOID and Sony Pictures Virtual Reality to accompany the opening of the Jumanji movie which premiers in theatre screens worldwide from December 13th, 2019 onwards.

The Jumanji virtual reality experience allows you to take “on the form of its heroes, Dr. Bravestone, Ruby Roundhouse, Professor Oberon and ‘Mouse’ Finbar, to save Jumanji from a new dark and mysterious villain. Fans will be enlisted on a daring quest to rescue the Scepter of Se’payu containing the Red Jewel of Jumanji and return it to the temple from which it was stolen. Pulled into the perils of Jumanji, players face challenges just like those that the avatars face in the movie – evading man-eating wildlife, navigating across treacherous landscape, battling evil henchmen – to survive and return to real life.”

Tickets are not available to purchase for the Jumanji: Reverse The Curse VR experience but a Sooners anything is announced by Sony or the VOID we will keep you up to speed as always.