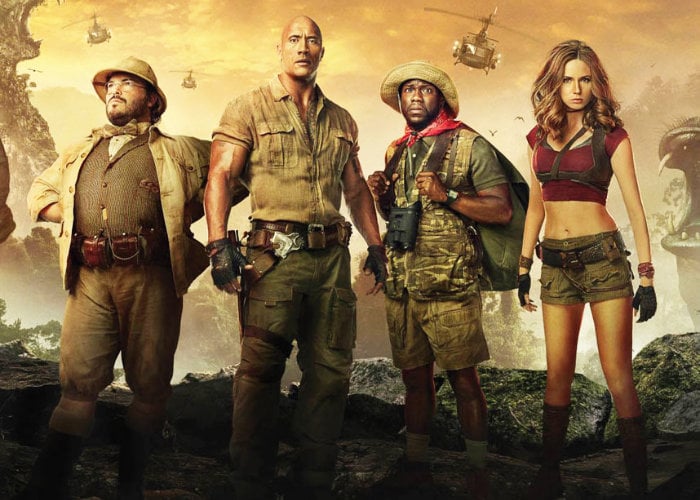 If you enjoyed the second film in the Jumanji series starring Dwayne Johnson, Kevin Hart, Jack Black and Karen Gillan, you’ll be pleased to know that Sony Pictures Entertainment has released a new trailer for the third Jumanji movie that will be premiering in theatre screens later this year for the holiday season and Christmas 2019. “Everything you know about Jumanji is about to change.”

Jumanji: The Next Level is a sequel to the 2017 film Jumanji: Welcome to the Jungle and has been directed by Jake Kasdan and written by Jeff Pinkner and Scott Rosenberg.

“Unknown to his friends, Spencer kept the pieces of the Jumanji video game, and one day worked to repair the system in the basement of his grandfather’s house. When Spencer’s friends, Bethany, Fridge, and Martha arrive, they find Spencer missing and the game running, and decide to re-enter Jumanji to save him.”

“In Jumanji: The Next Level, the gang is back but the game has changed. As they return to Jumanji to rescue one of their own, they discover that nothing is as they expect. The players will have to brave parts unknown and unexplored, from the arid deserts to the snowy mountains, in order to escape the world’s most dangerous game.”