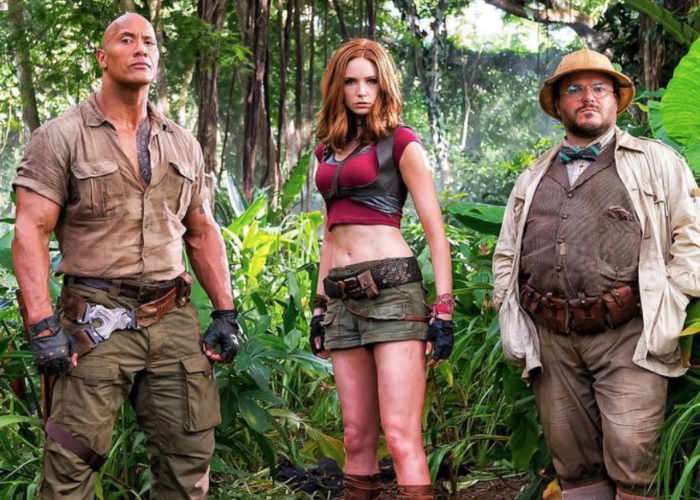 The original Jumanji film released back in 1995 starring Robin Williams will now receive a sequel in the form of Jumanji 2 Welcome to the Jungle which stars Dwayne Johnson, Kevin Hart, Jack Black, Karen Gillan, Nick Jonas and Bobby Cannavale.

Jumanji 2 will be premiering on theatre screens worldwide at the end of 2017 on December 20th and provides a new adventure and an updated game which takes the form of a console title. Check out the trailer below to learn more about what you can expect from the storyline.

While cleaning out a school’s basement, four teenagers find a vintage video game version of Jumanji and get sucked into its jungle setting