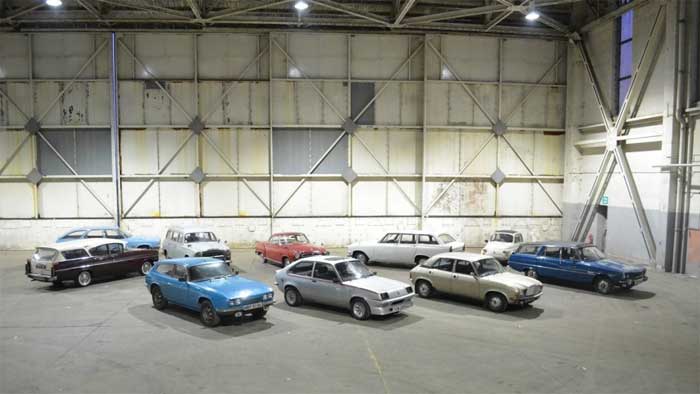 It’s safe to say that not all the classic Jaguar cars out there are as awesome as say a classic F-Type. You might think that all the cars in the Jaguar Heritage collection would be Jags or at least Land Rovers, but you would be wrong. Jaguar Heritage is selling off some odd classic cars. These cars started in the James Hull classic car collection.

That collection had 543 cars with some rare models, 130 of them were Jags. The collection was up for $170 million, how much Jag paid we don’t know. Some of the less cool cars are going up for sale. The cars will be sold by Brightwells as part of an Affordable Classics at Bicester sale on March 21.

Some reports say Jag will sell off 100 cars. The collection will include notables like the Vauxhall Chevette 2300 HS, a RWD rally-bred hatch. Other rather odd cars include the Vanden Plas Allegro, Morris Ital Camper, and a Lada Riva wagon. Some of the cars are almost new and others need restoration. We bet some of the cars go for very low amounts.