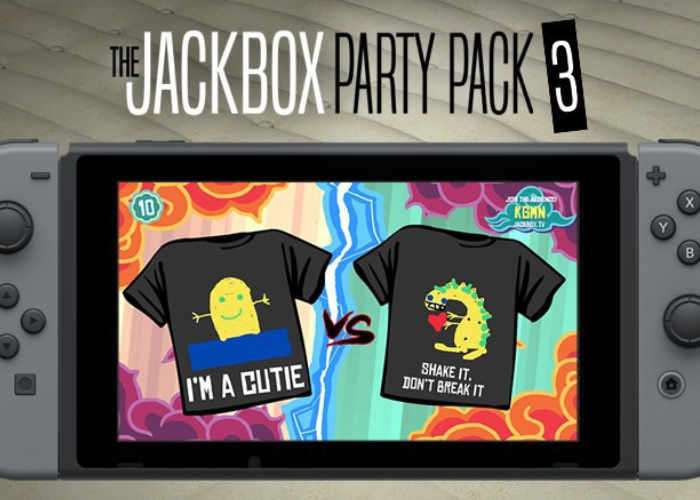 Nintendo has revealed that owners of the new Nintendo Switch games console will be able to get their hands on the Jackbox Party Pack 3 game which will be officially launching on April 13th, 2017.

The Jackbox Party Pack 3 game will also be available to play on PlayStation 4, Xbox One, PC, and Mac and can be seen in action in the video below.

The threequel to the party game phenomenon features FIVE new sense-shattering games!
The say-anything sequel Quiplash 2 (3-8 players). Play all new questions or make your own!
The deadly quiz show Trivia Murder Party (1-8 players). Match wits with a trivia-obsessed killer.
The surprising survey game Guesspionage (2-8 players). Guess the results to silly survey questions.
The t-shirt slugfest Tee K.O. (3-8 players). Battle your custom t-shirts to the death!
The sneaky trickster game Fakin’ It (3-6 players). One of your friends has something to hide.