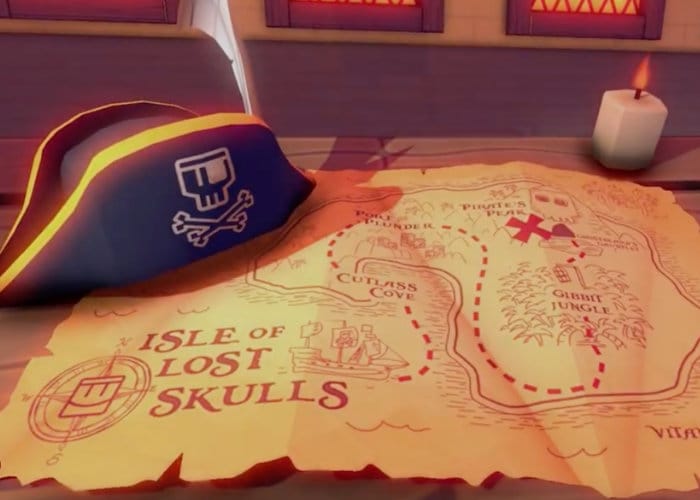 The Rec Room the virtual reality social club where you play active games with friends from all around the world will be receiving its fourth quest very soon, which will arrive on March 1st 2018 allowing VR gamers to enjoy the Isle of Lost Skulls adventure. Rec Room It is well known for its multiplayer quests that take the form of a mini game that allows up to 4 players to fight their way through enemy filled levels. Check out the teaser trailer for the latest quest to be added to the Rec Room social virtual reality gaming platform which is available on the PlayStation VR, HTC Vive and Oculus Rift virtual reality headsets.

For more information on the social virtual reality Rec Room jump over to steam where the application is available to play for free in its Early Access development stage. . Customise your appearance and join friends and family to play multiplayer games such as Paintball, 3D Charades, Laser Tag and even co-op adventures like the new Isle of Lost Skulls adventure which will be available very soon to play. You can either play the games that are already available or create your own using the creative tools provided within the application.

The developing team behind Rec Room explain more, “Its a vibrant and growing virtual community where you play with friends from all around the world! Create your avatar then head to the Rec Center for endless fun and games. Play epic quests that challenge you and your friends.”