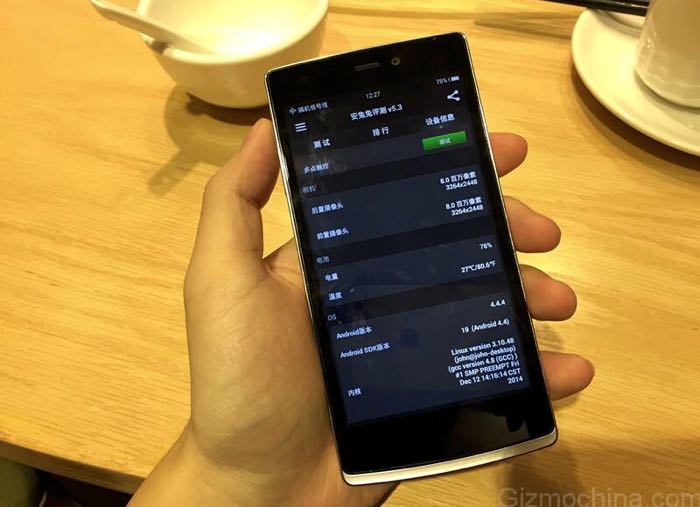 The photo above is apparently of the OnePlus One Mini, the handset is said to come with a 5 inch display and will apparently be powered by a 64-bit quad core Qualcomm Snapdragon 615 processor.

So far those are the only rumored specifications we have on the new One Plus One Mini, the handset may retail for around $250, which could make the device popular.

As soon as we get some more details on the new One Mini and also the replacement for the OnePlus One, the OnePlus Two, we will let you guys know.