Last week we showed you some screenshots of the new Iron Man 2 Game for the iPhone, iPod Touch and the iPad. The Iron Man 2 game is now available for £3.99 from the UK App store.

It hasn’t been released in the US as yet and is due to be available in the US App store from May the 3rd 2010. We have just had a brief play of the game and it seems pretty good. 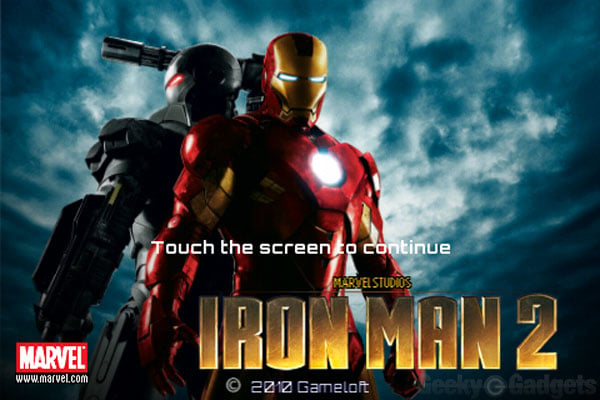 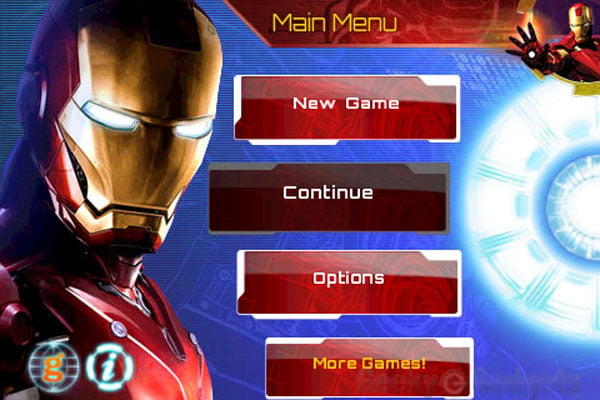 We will post a full review of the Iron Man 2 game for the iPhone, iPod Touch and iPad as soon as we have had a good chance to test it out. In the game you get the choice of playing as either Iron Man or War Machine, each of the two characters have different characteristics. 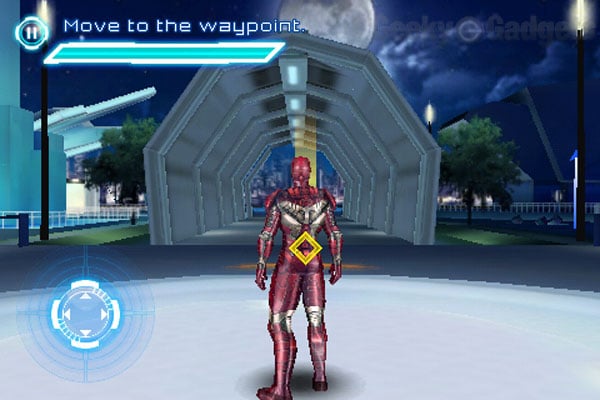 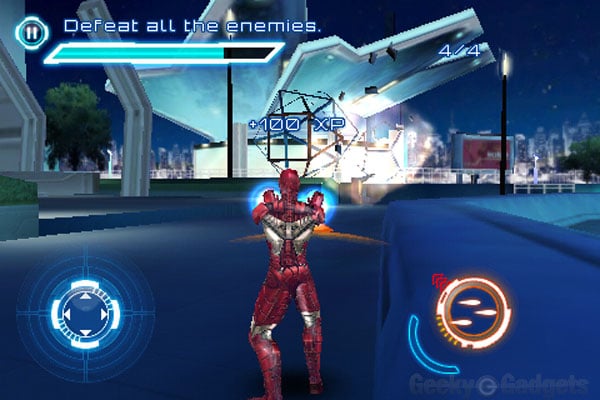 Iron Man is designed to be faster and more nimble whilst War Machine is designed with brute force in mind, and at the end of each stage you get to upgrade your armor and can also choose which character to play the next stage as.

You can now download the Iron Man 2 Game from iTunes for £3.99 in the UK