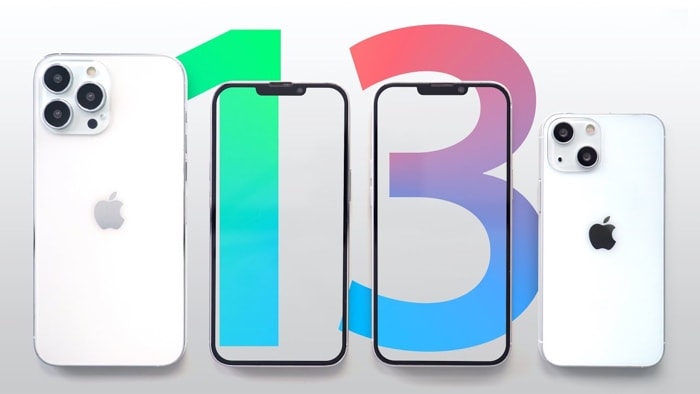 The video below gives us a look at the design of this years new iPhones, there will apparent;ly be 4 models in the range, two standard models and two Pro models. There are a number of minor design changes coming to the handsets over the iPhone 12.

As we can see from the video there new iPhones are slightly different to the current range, specifically the camera setup on the iPhone 13 and 13 Mini models. There is also a smaller notch on the handsets compared to the iPhone 12, it looks like we will have to wait another year for the notch to be removed.

Inside the devices is where the major changes are coming, the handsets will feature a new Apple A15 bionic processor and we are also expecting more RAM than last years models

The batteries on all models will also be larger, combined with the new more efficient processor we can expect improved battery life.

Apple are expected to launch their new iPhone handsets in September along with the Apple Watch 7 and iOS 15 and iPadOS 15. A soon as we have some details on a specific launch date we will let you know.