Apple has reduced the price of the original iPad here in the UK, with all models being reduced by £100, ahead of the launch of the iPad 2 which will go on sale in the UK on the 25th of March. 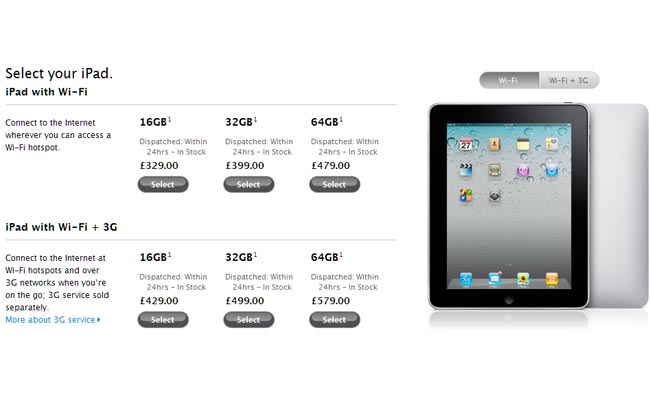 We just checked the Apple store in the UK for refurbished iPads and these are even cheaper with prices starting at just £289 for the 16GB WiFi model.