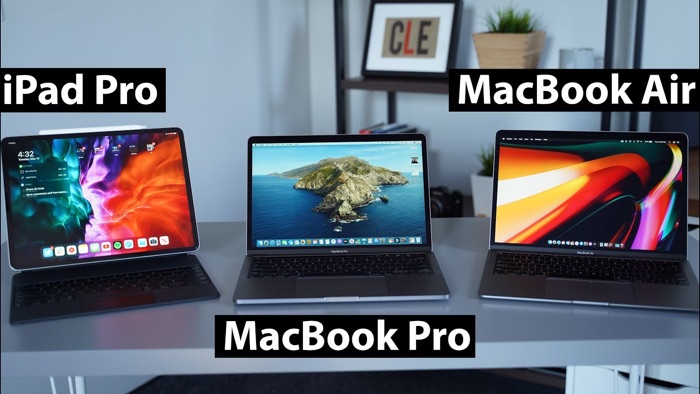 Apple has launched three new devices with similar functions and prices over the last few month, the iPad Pro, the MacBook Air and the 13 inch MacBook Pro.

As we can see from the video all three devices have similar functions and can be used for similar tasks, personally I think the MacBook Air is the best value out of the three devices.

If you need a tablet then the iPad Pro is the one to go for, although it is pretty expensive if you need the keyboard, so then the MacBook Air would be the best bet.

The MacBook Air and MacBook Pro share similar specification, although you can have a more powerful version the 13 inch MacBook Pro, the top model cost $3,500. Personally I think if you are spending that sort of money on a MacBook then you would be much better off with the 16 inch model.

Which of the three devices would be best for you obviously depends on your own circumstances and what you would use it for.