We are expecting to get some sort of official announcement on the new iPad 3 from Apple some time next month, and now a reported iPad 3 casing has appear online, and if it is real it would mean there will be some significant changes in the new iPad 3.

As you can see from the photo below, the casing features different mounts for the logic board, which would mean that the new iPad 3 would feature a completely new logic board with a different shape and design over the previous versions. 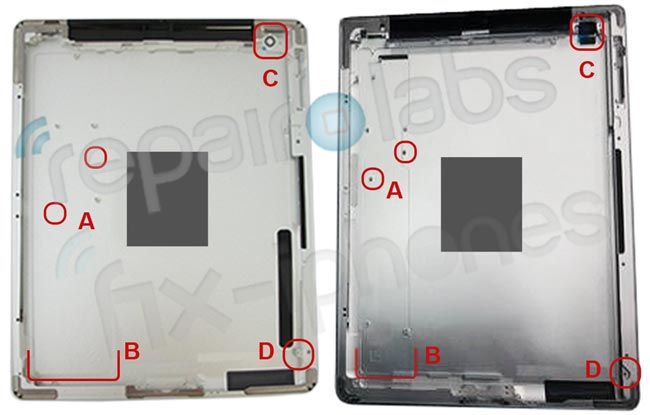 The photo also shows a slightly different location for the camera on the iPad, which could indicate that we will see a completely new camera in the iPad 3, possibly the 8 megapixel version for the iPhone 4S.

It looks like we will also see a new re-designed LCD display in the iPad 3, as it would have to be different to the existing one to accomodate the other changes in the device.

It isn’t clear as yet whether this new LCD in the iPad 3 will be the high resolution display that we have been hearing about for some time, as soon as we get some more details we will let you guys know.