As we wait for Apple to announce the iPad 2 we continue to hear a number of rumors on what the features of the iPad 2 will be. Now a couple of cases have appeared which could possibly give us an indication of some of the hardware specifications of the iPad 2.

The majority of the rumors we have heard have said that the iPad 2 will feature dual video cameras for FaceTime and the photo below, shows a slot on the back of the case for the rear camera. 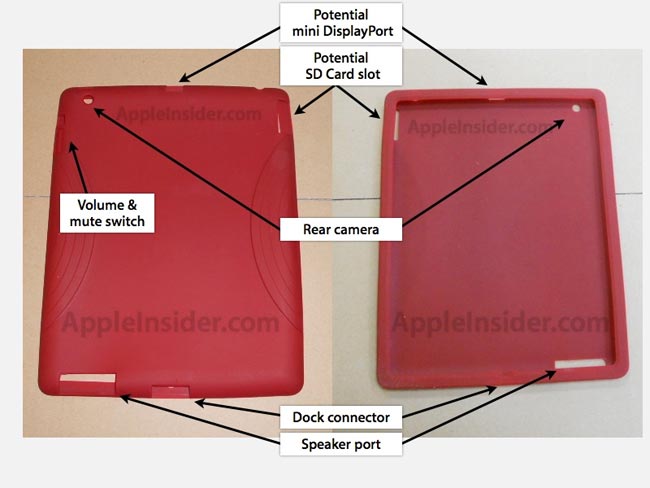 One thing we have heard about before is that the iPad 2 may come with an SD card slot, and this photo of this rumored iPad 2 case shows that there is a possible slot for it.

Of course these could just be one companies interpretation of what might be in the iPad 2, rather than the actual specifications. Now doubt we will hear many more iPad 2 rumors before it is announced by Apple.