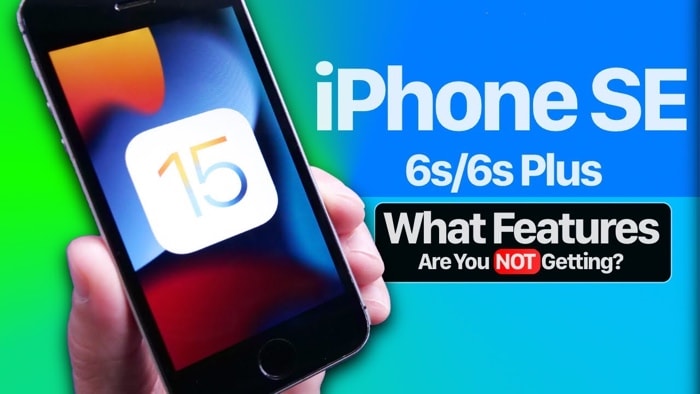 Apple is bringing their iOS 15 software to iPhones which are 6 years old, this includes the original iPhone SE, the iPhone 6S and iPhone 6S Plus.

We previously saw a video of iOS 15 running on the iPhone 6S and now we get to have a look at the software on the original iPhone SE.

As we can see from the video, not all of the new features in iOS 15 will run on the handsets, this is partly due to hardware limitation on some of them.

Apple are expected to release iOS 15 and iPadOS later in the year, we are expecting it to be released in September along with the new iPhone 13.