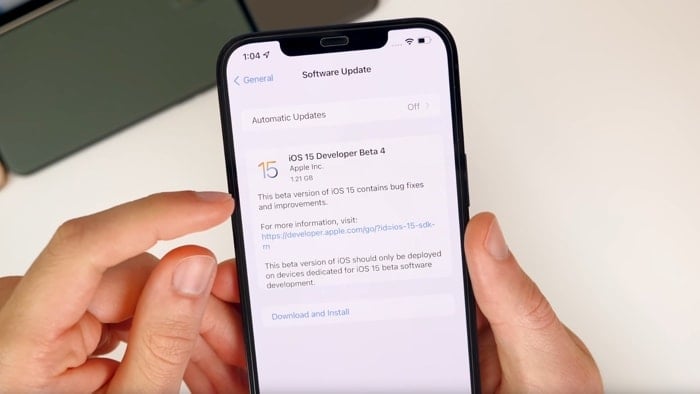 Apple has just released their iOS 15 beta 4 and iPadOS 15 beta 4 software to developers, it is also expected to be released to public beta testers shortly.

The new beta of iOS 15 and iPadOS 15 brings a range of new features to the iPhone and iPad, these can be seen in the video below from Brandon Butch.

As we can see from the video there are a number of new features in the iOS 15 beta 4 software over the previous beta. This includes some updates to Apple’s Safari and more.

iOS 15 will bring a lot of new features to the iPhone, this include the new Apple SharePlay feature which you let you watch TV shows and movies with your friends over FaceTime. You will also be able to use this feature to listen to music.

There are also a range of new privacy features coming to mail, this will be accross all Apple devices and should give everyone improved privacy settings for mail.

Apple are expected to release their iOS 15 software update in September along with the new iPhone 13 smartphones, there will be four new iPhones this year. The new iOS 15 beta 4 should be made available to public beta testers soon, possibly some time this week.