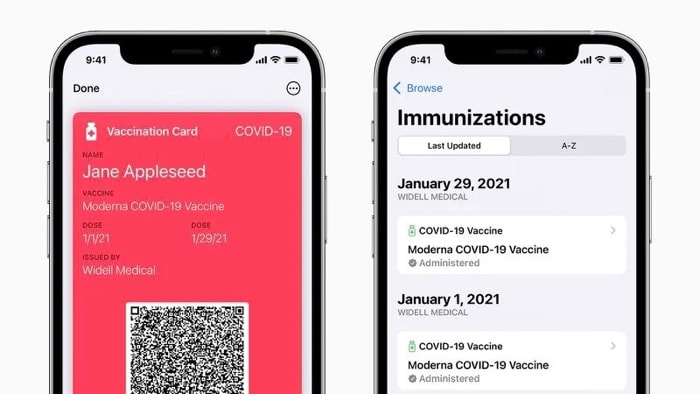 Apple recently released their first beta of iOS 15.4, we have already had a look at this new software and now we have some more details on it.

The iOS 15.4 will bring a new feature to iPhone users in Europe, they will be able to add vaccine certificates for Covid-19 to the Apple Wallet app.

The new feature was discovered by Federico Viticci from MacStories, he posted some photos of the feature on Twitter, you can see his tweet below.

iOS 15.4 will bring support for adding EU Digital COVID Certificates in the Health and Wallet apps.

I tested my Italian vaccination record and it worked with Health. Not in Wallet yet. These will show up under Immunization records in the Health app. 💉 pic.twitter.com/0UFndDFncO

iPhone owners in Europe will be able to add an EU Digital COVID certificate to the Health app and the Apple Wallet app when Apple releases this iOS 15.4 update. This feature was previously available in the US and Canada and now it is being expanded to more countries.

As yet we do not have any details on when the iOS 15.4 software update will land, this is the first beta of the software, so we may get the final version sometime in February.