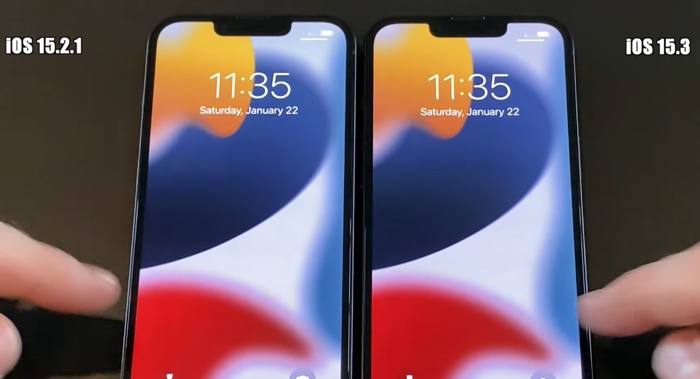 Now we get to find out if there are any speed improvements in the new iOS 15.3 Release Candidate over the current software in a new video.

The tests are run on a number of iPhones which include the original iPhone SE, iPhone 6S, iPhone 7, iPhone 8, iPhone XR, iPhone 12, iPhone 12, and the current model, the iPhone 13.

As we can see from the video there are no major speed improvements in the new iOS 15.3 Release Candidate over the current release of iOS. The iOS 15.3 RC is available for both developers and also Public Beta testers to try out.

This update mainly comes with some bug fixes and performance improvements, there is also a fix for a security flaw in Apple’s Safari browser, which appears to be an important fix. This update apparently also includes a modem update which should improve connectivity with mobile carriers.

We are expecting Apple to release the final version of their iOS 15.3 software this week, we are also expecting them to release iPadOS 15.3, watchOS 8.4, tvOS 15.3, and macOS Monterey 12.2.