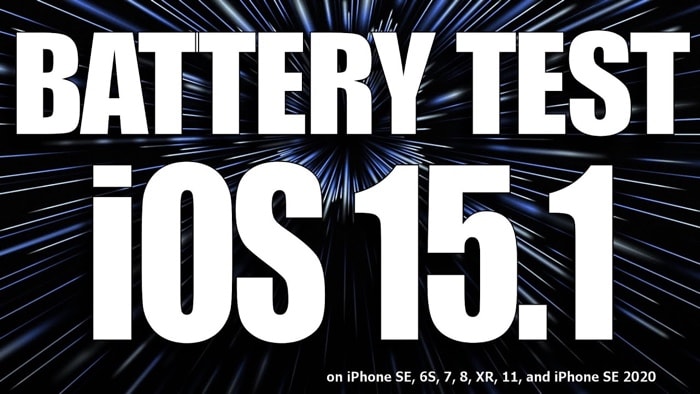 We previously saw some speed test videos for the iOS 15.1 update and now we get to find out if there are any battery life improvements in this update.

The battery life was tested on a number of different iPhones including the iPhone SE, iPhone 6S, iPhone 7, iPhone 8, iPhone XR, iPhone 11, and the 2020 iPhone SE.

As we can see from the video some of the devices did show some minor battery life improvements over the previous iOS 15 release.

The iOS 15.1 software update brought a range of new features to the iPhone, this included the new SharePlay feature, which is designed to let you watch videos and TV shows with your friends. Everyone who is watching the content sees the same thing at the same time as it is synchronized in different locations.

The update also included the new ProRes camera features for the latest iPhone 13 Pro and iPhone 13 Pro Max handsets and updates to Apple Wallet, updated shortcuts, some new Home features, plus a wide range of bug fixes and performance improvements.