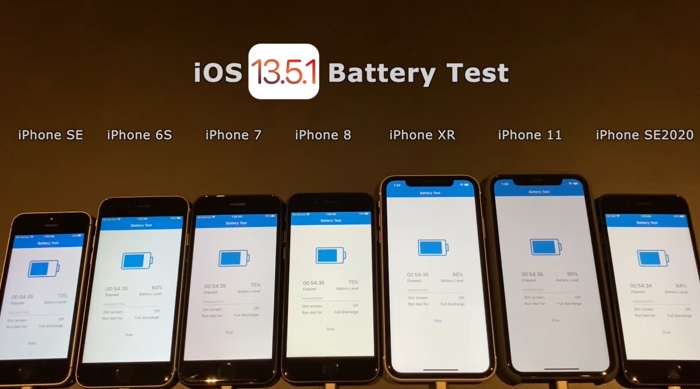 Apple recently released their iOS 13.5.1 software update and we have already seen a speed test of the OS, now we get to see a battery test.

In the video below the battery life of iOS 13.5.1 is tested and compared to iOS 13.5, lets find out if there are any changes.

As we can see from the video there were no improvements in battery life in the new version of iOS over the previous version of the software. The majority of the devices were slightly worse off over the battery tests of iOS 13.5.

Apple is expected to unveil iOS 14 later this month at their worldwide developer conference and this major new update will land later in the year, probably September or October. We are hoping this update will bring some major battery life improvements to Apple’s devices.