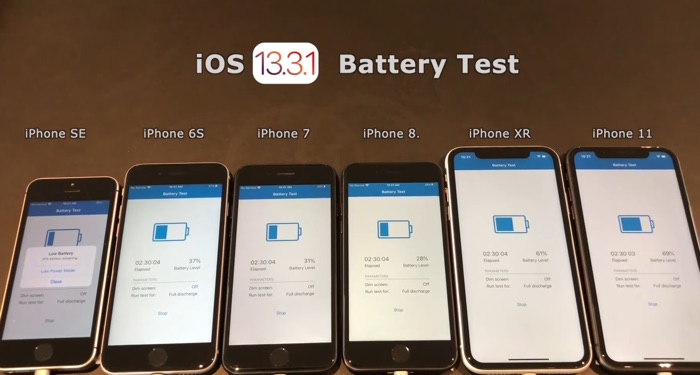 The new iOS 13.3.1 software update was released for the iPhone earlier this week, Apple also released their new iPadOS 13.3.1 and now we have a battery life test of the new OS.

In the video below we get to find out if there are any battery life improvements in the new iOS 13.3.1 software over the previous version of the software.

The test includes the iPhone SE, iPhone 6S, iPhone 7, iPhone 8, iPhone XR and iPhone 11 lets find out if there are any improvements.