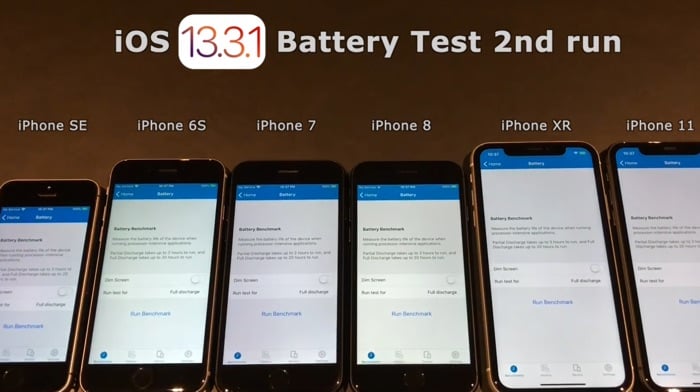 We recently saw a battery life test video for iOS 13.3.1 and now we have another video, the latest video is designed to show how battery life may improve on your device over time after a software update.

As we can see from the video the tests were run on the iPhone SE, iPhone 6S, iPhone 7, iPhone 8 and iPhone XR and iPhone 11