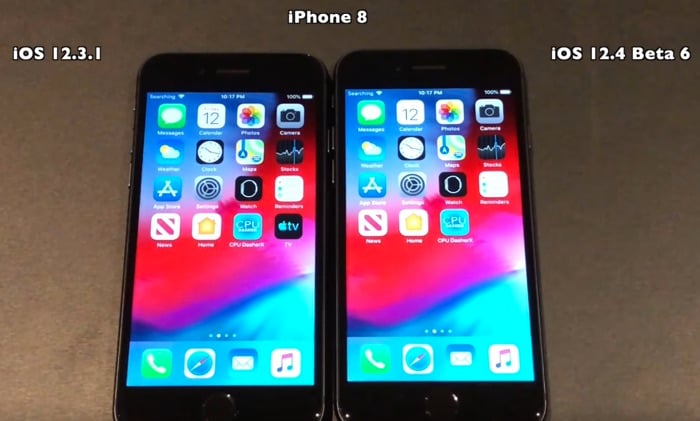 We are expecting the final version of iOS 12.4 to land this week, the sixth beta which is usually the GM one landed last week and now we have some speed tests of iOS 12.4 beta 6 vs iOS 12.3.1.

As we can see from the video there do not appear to be any major speed gains in iOS 12.4 over the current iOS 12.3.1 software in either the boot up times or the apps.

We are expecting Apple to release the new iOS 12.4 software this week and suspect it could land some time tomorrow. As soon as we get some more details on its release date, we will let you guys know.