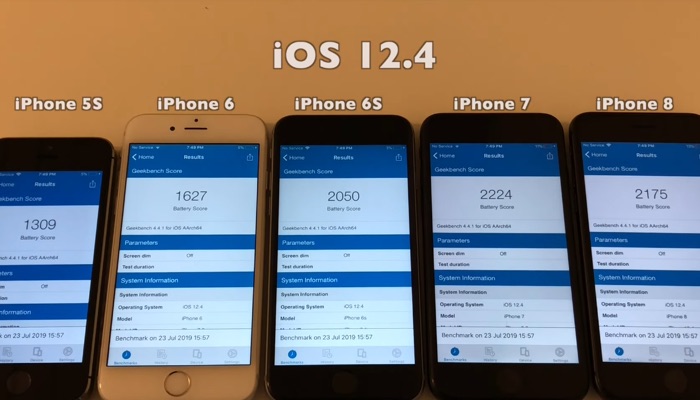 Apple’s iOS 12.4 was released earlier this week, we recently saw a speed test video of the new OS and now we have an iOS 12.4 battery life test.

As we can see from the video there are some battery life improvements on the majority of devices. The iPhone 5S lasts for 18 minutes more on the new iOS 12.4

The iPhone 7 managed to last for an extra 34 minutes over the older version of iOS and the iPhone 8 around 19 minutes with the new OS. As we can see out of the five handsets, four of them showed battery life improvements.