Ion Cameras has this week unveiled and launched a new action camera it has added to its range in the form of the Ion Air Pro 3, which builds on the technology used in the previous version which have been created.

The latest Ion Air Pro 3 camera has now been designed to be waterproof down to a depth of 49 feet without the need for any special additional protection or casing and is capable of capturing 1080p video at 60 fps and 720p video at 120fps. Watch the Air Pro 3 promotional video after the jump to learn more and see it in action. 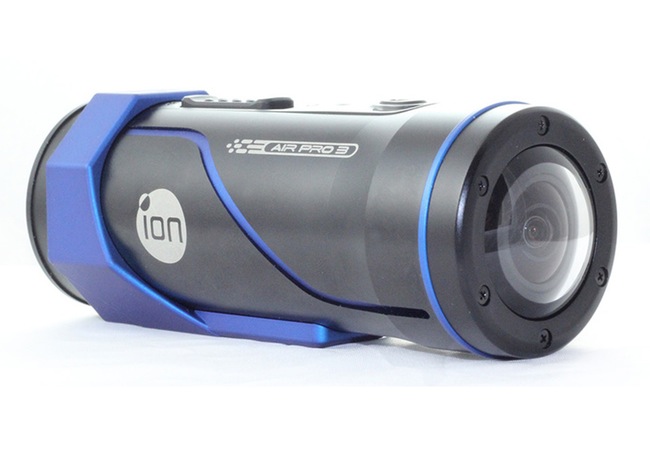 Ion has equipped their new Ion Air Pro 3 camera with a built-in custom lens which offers users a wide angle capture of 160 degrees without any distortion, together with a 12 megapixel Sony IMX117 CMOS image sensor as well as a dual-core processor. Which is apparently the same as you might find in the GoPro Hero 3+ action camera say Ion.

Ion has also created a wireless adapter module in the form of a Wi-Fi Podz which can be bolted on to the back of the Ion Air Pro 3 to add wireless connectivity to your smartphone or tablets to transfer recorded footage and monitor the cameras view if required for setup.