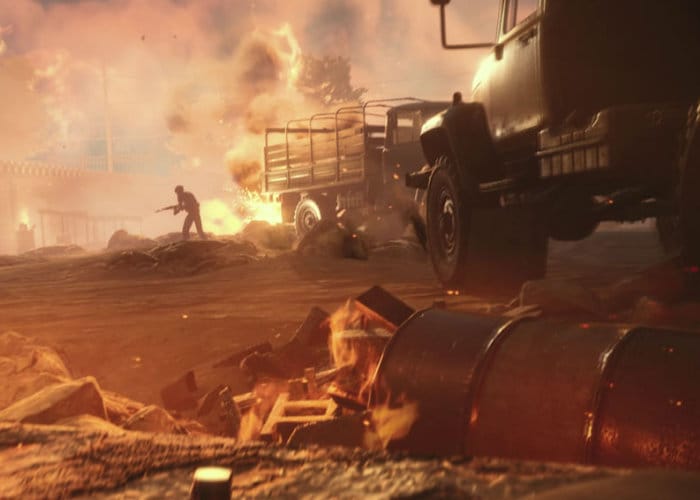 Those of you looking forward to the highly anticipated launch of the new Insurgency Sandstorm game later this year. When it will be available to play on the Xbox One, PlayStation and PC systems, are sure to enjoy this new teaser trailer which has been published by its development team to provide a glimpse of what you can expect sometime during 2018.

To recap Insurgency started life as a Half-Life 2 mod has become an indie cult classic, which now enjoys an audience of over 2 million players, with very positive reviews on Steam for the tactical shooter. The Insurgency Sandstorm is built on the Unreal Engine 4 and includes upgraded graphics, taking the series into a new era, say the team of developers currently working on the new content. Which will bring with it extended gameplay, improved immersion, and new co-op and versus objective-based game modes for players to enjoy. Check out the teaser trailer below to whet your appetite further.

Within Insurgency Sandstorm players will be able to fight across a modern battlefield, enjoying gameplay mechanics that “blur the lines between reality and shooter”. Each weapon within Insurgency Sandstorm has unique ballistic calculations taking into account bullet-drop and other conditions. The game also allows players to choose unique tweaks which in help you survive dangerous situations such as being able to drop magazines for faster reloads, the ability to carefully open doors to keep quiet or simply bash through them when you need to get somewhere quicker. Battles of up to 16-versus-16 skirmishes with artillery barrages, gunships, A-10 strikes, and 4x4 vehicle support will test your skills and teamwork to their limit.

For more details jump over to the official New World Interactive website by following the link below.