An innovative bike lock concept has been developed that uses the frame of the bike as the lock. So if any would-be thief cuts through or damages the lock in anyway the bike becomes unusable.

As you can see in the pictures below the rear forks are used to create the lock and secure your bike to a meter, post and if a thief was to try and ride without the forks back in position the whole bike would collapse. 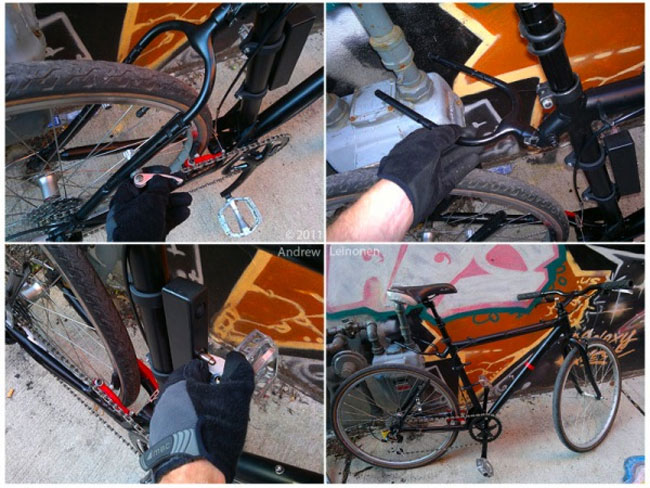 The ingenious StayLocked Bike Lock Concept has been designed by  Andrew Leinonen who explains the mechanics behind his lock.

“The shackle is inserted four inches into the stub tubes, so there’s a great deal of clamping area,” – “For additional peace of mind, a notch on the shackles latches over the quick-release binder bold to ensure that it can’t slide.”

Andrew is now hoping a large bike manufacture shows interest in his design, “I’d be flattered if Giant or Trek were interested,” he says.