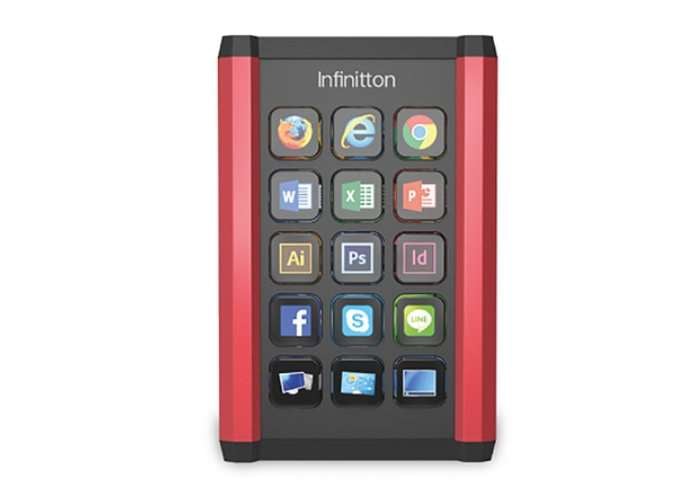 A new shortcut keyboard which incorporates an LCD screen to allow the 15 buttons to be customised to any macro, programme or shortcut that you desire has been launched this week via Kickstarter called the Infinitton.

The programmable LCD keyboard is also capable of executing commands, text strings and more. Check out the demonstration video below to learn more about the Infinitton, where each button is represented on the LCD screen.

The Infinitton keyboard is powered by the ARM9 chip, and supports both Mac and Windows systems via a wired USB connection.

Wouldn’t it be great if there was a remote control for your computer? You know, some sort of device that would allow you to quickly tap a button in order to open up a corresponding program? At its core, Infinitton is a 4.3-inch touchscreen keyboard which can open up third party applications. Infinitely customizable and meant to adapt to your needs as a user, this “remote” can launch apps, execute commands within software, set reminders, and even display your CPU/Memory/Network usage. Infinitton comes in 2 different colors and is compatible with Windows and Mac platforms.

Infinitton is now available to back via Kickstarter with early bird pledges starting from just $79 and delivery expected to take place during October 2017. For full specifications and more information jump over to the official Kickstarter campaign page via the link below.