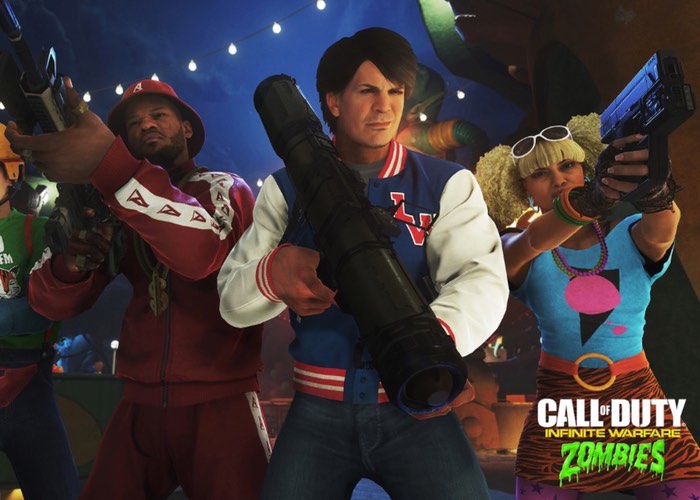 As well as releasing a new video providing a first look at the new Call of Duty Infinite Warfare Multiplayer gameplay over the weekend. Treyarch the games developers have also released details about the new Infinite Warfare Zombie storyline and maps, that will first be available on Sony’s PlayStation 4 and then made available on Xbox One and PC systems roughly one month later.

Zombies in Spaceland provides gamers with a major shift from the previous Zombie games within the Call of Duty, and users a “comic book-like color palette” to add a unique style to the latest zombie apocalypse storyline. 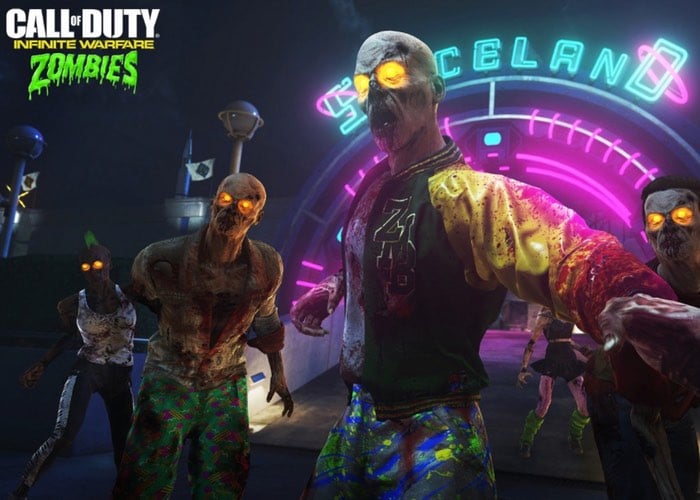 Sid Shuman Director, SIEA Social Media explains more about what you can expect over on the official PlayStation blog :

Treyarch built a loyal fan base since its first Zombies outing in 2008’s Call of Duty: World At War. And it’s easy to see why — the strategic teamwork, countless secrets, and hidden lore add up to an endlessly replayable co-op gem. It’s been a favorite of mine for years.

Dubbed Zombies in Spaceland, this remix of the Zombies experience pits four 80s stereotypes against a day-glo undead horde, complete with vintage pop songs and new secrets galore. Justin and I got a chance to take it for a spin at Call of Duty XP — here’s what we noticed in our two-game session. I have a feeling we’re just scratching the surface!