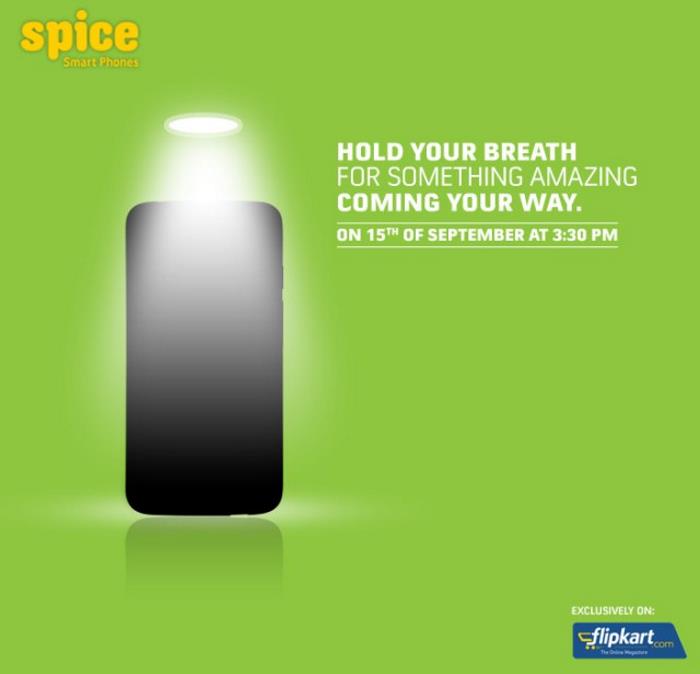 Earlier this year, Google announced the Android One project, alongside the new Android 5.0 L operating system. Android One aims to bring budget-friendly, low-cost handsets — as low as $100 — to emerging markets, starting with India.

Previously, we heard Google announced an event on September 15th in India where we may get to see the company shed some light on the Android One project. Several Indian OEMs are expected to be a part of the program, with the likes of Spice, Karbonn and Micromax to launch the first Android One handsets in the region. Some of the OEMs have already started posting teasers about the launch.

As it can be seen from the image above, Spice teased that something amazing is coming, and if we were to guess, we’ll say its the Android One handset. Spice is expected to kick off the sales through Flipkart, one of the biggest retailer in the country. The teaser says the amazing thing is coming on September 15th at 3:30 pm. As for Karbonn, they are expected to sell their device through Snapdeal, once it’s officially announced.

Last but not the least, Micromax may launch an Android One handset, but the company has not revealed its detailed plans at the moment. But being one of the biggest manufacturer, we may get to see the company get the most traction.

The handsets will cost as low as $100 which roughly translates to INR 6,000. It would be interesting to see what the manufacturers will offer in the coming days. We’ll update you as soon as we get more information.