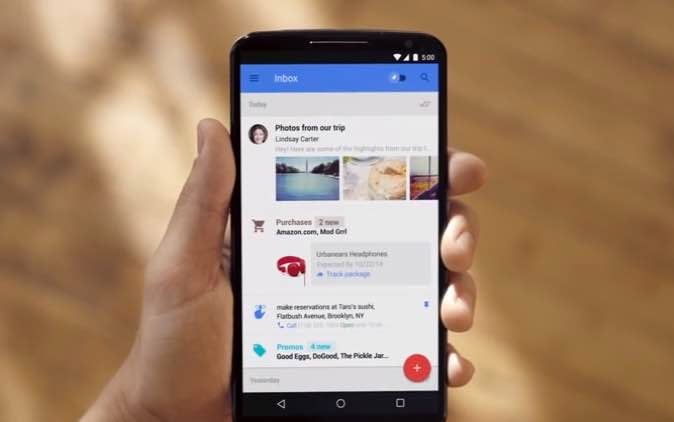 Google has released a new version of their Inbox by Gmail app for Android and the latest version of the application comes with a range of new features.

The updated Inbox by Gmail app is now compatible with Google’s Android Wear platform, and you can now read emails, mark them as read and reply from your Android wear device.

As well as some performance and improvements and bug fixes, the latest version of the app also comes with an update and improved versions specifically for tablets.

What’s New
• Improved tablet experience
• Works with Android Wear—view messages, mark as done and reply without taking out your phone
• Suggestions as you type (or tap!) help you create Reminders faster

You can see everything that is included in the update below.