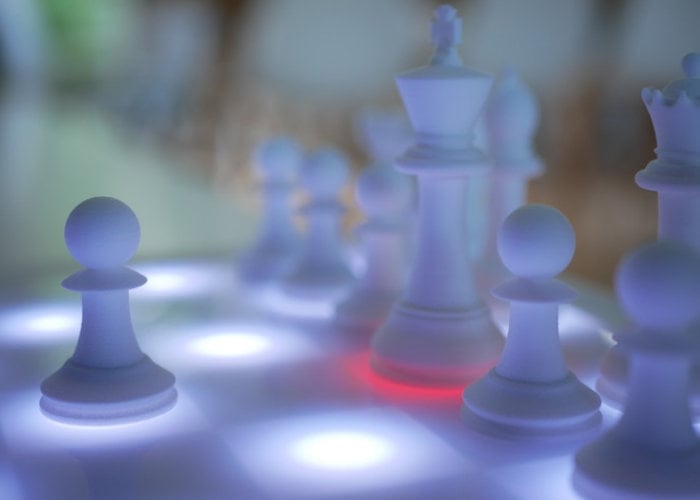 Chess players all those who have never played but are looking to learn the ancient game might be interested in a next-generation chessboard created by In2Chess. The eBoard has been designed to help you excel at the game no matter what your skill level and has this week launched via Kickstarter with early bird pledges available from £237. Watch the demonstration video below to learn more about the interactive chessboard which is unlike any other currently available.

“The In2Chess eBoard helps both beginners and experienced chess players improve their skills instantly in any given game. Built around a simple vision, we have created a fast and intuitive chess board that is functional and beautiful at the same time. The eBoard looks unlike any other chess board. By rethinking the game experience, we reinvented the entire concept on how a modern chess board should look. All the elements that define a great chess experience are included in the eBoard. In addition, our advanced embedded functions help players of all levels reach their real potential.”

Features of the In2Chess board include :

– Rules Guidance helps the player to understand the chess rules without any previous knowledge of chess
– Best Move is computer aided help from the chess engine. It guides the player to the strongest calculated position against the opponent. The chess engine (Stockfish 10) is one of the strongest chess engines in the world and contains 20 levels of difficulties
– Learning Mode will enable the player to gain the best possible position against the chess engine. Learning Mode shows the player what the chess engine expects to be the strongest move against its own calculation and thereby teach the player to think before moving own chess piece
– Assisted Help guides the player to get out of a stocked position. It can be used in any given game setting on the eBoard.
– Player2Player connects you with anyone, anywhere with the usage of our advanced App. It is possible to play against another eBoard owner or even another chess player without an eBoard by sending an e-mail from our App including a weblink to enable chess gaming across platforms (eBoard to Web Browser) or (eBoard to in2Chess App)
– Analytics utilize Best Move calculations in the background from the chess engine. It enables you to play the game all over again from scratch with Best Move highlighted on all the moves played in the game. Analytics will teach you as a player to understand the strongest underlying game possibilities in order to improve your future chess games

Jump over to the official Kickstarter project page for more information and the complete list of all available pledge options.