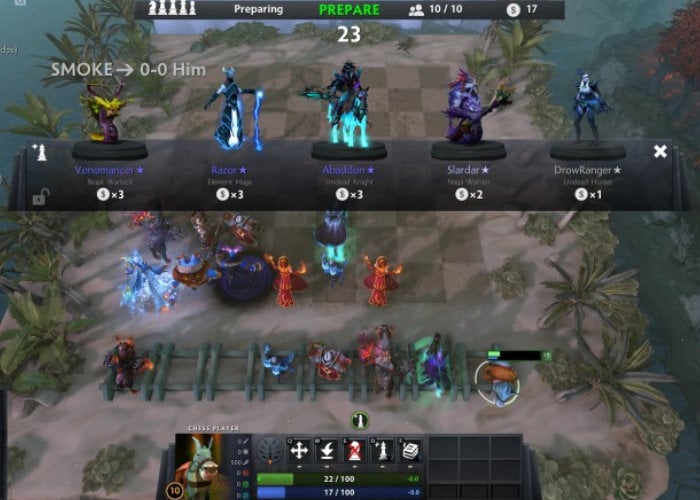 Valve has this week announced that they are in the process of creating their very own version of the Dota Auto Chess popular custom game mode. The Dota Auto Chess is set to get not one but two standalone spin-offs. Valve publisher of Dota 2 made the announcement on its blog this week, explaining that its developers enjoyed the mod so much the company invited the creators of the mod Drodo Studio, to visit valve and discuss how the two companies could work together.

“If you’re like us, you’ve spent much of the last six months playing Dota Auto Chess. And if you’ve followed Valve closely over time, you know what usually comes next: we’ll play something we love or meet some people we’re inspired by and then figure out a way to work together. In fact, Dota 2 exists because a group of us here at Valve couldn’t stop playing the original mod. After we played the game, roughly 1 billion times, it was pretty clear that we should reach out to the creators, Drodo Studio, and start a conversation about working together.”

“In February we flew the Drodo team over from China to chat about the future of Dota Auto Chess, and to see if they’d want to collaborate directly with us (this was also during one of the worst weeks of snow we’ve had in years, sorry about that, Drodo). We had great conversations, but we both came to the conclusion that Valve and Drodo could not work directly with each other for a variety of reasons. We ended up agreeing that we’ll each build our own stand-alone version of the game, and support each other to the fullest.”

For more details on the new Dota Auto Chess currently under development by Valve and Drodo visit the official Dota blog post for more details. The Drodo team added :

”We appreciate the great encouragements, support and help that Valve offered on Dota Auto Chess and Drodo’s standalone game. Valve has been a great company, who gave birth to the Steam Platform and open community like Workshop, enabling millions of players to display their talents. Being a fan of Dota2, we have great confidence in Valve’s new game, and expect the next world-class game. In the meantime, with Valve’s support, Drodo will continue updating the DAC mod, and attempt to design new modes and adaptations in our stand-alone game. We endeavor to offer more to you, all the fans that like Auto Chess. Thank you, it’s you that are making this possible. We look forward to growing together!”