The IKAROS (Interplanetary Kite-craft Accelerated by Radiation Of the Sun)  developed by the  Japan Aerospace Exploration Agency (JAXA) is hoping to be the first solar powered spacecraft if its deployment goes smoothly this Friday, May 21, at 6:58:22 a.m (Japan Standard Time)

You can watch a live broadcast of the mission with the latest news as it happens via the JAXA website when the Venus Climate Orbiter “AKATSUKI” and the Small Solar Power Sail Demonstrator “IKAROS” deploys. 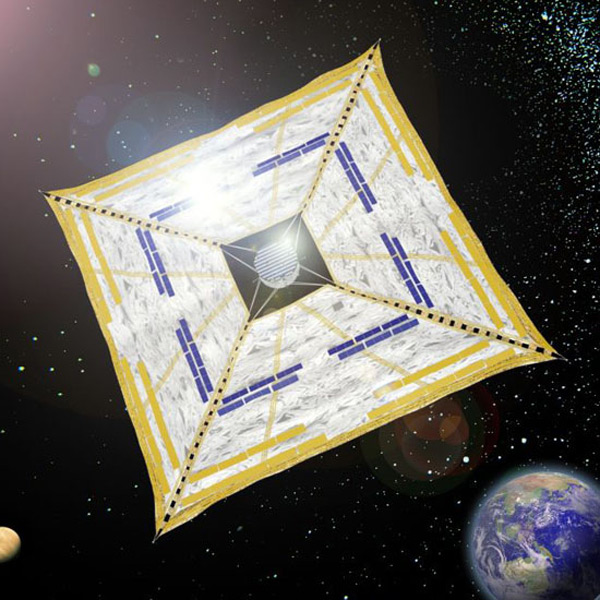 IKAROS is a space yacht that gathers energy for propulsion from sunlight pressure by means of a membrane (or a solar sail). The solar sail of the IKAROS spacecraft is constructed from a thin film of solar cells with the spinning main body holding the craft’s shape via centrifugal force. The IKAROS mission aims to verify navigation technology using a solar sail for first time in the world.

Watch a live broadcast of the mission via the JAXA website.