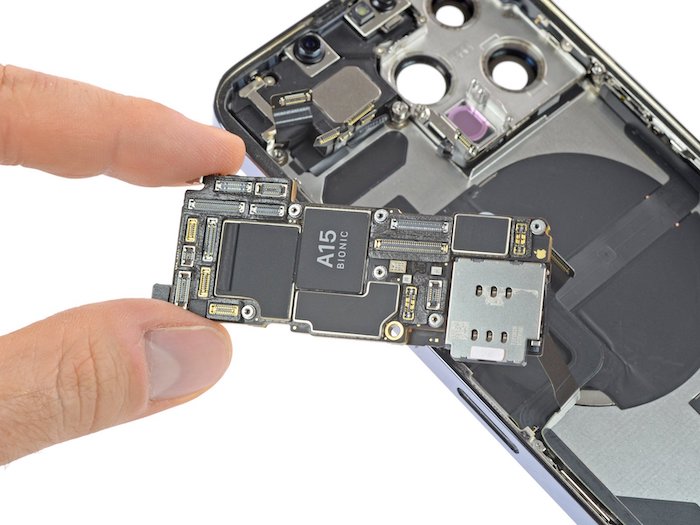 We recently saw part one of the iFixit teardown of the new iPhone 13 Pro and now iFixit has completed their teardown of Apple’s new iPhone.

Now we get to find out more information about what was found inside the iPhone 13 Pro smartphone and how easy the handset is to repair. 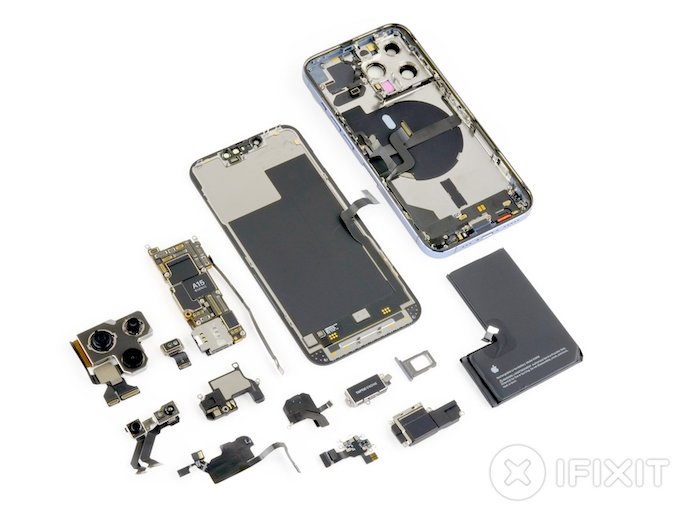 We heard in the previous teardown that there is a new L shaped battery inside the new iPhone Pro model, the handset has a larger capacity battery than its predecessor.

This device also have a smaller notch than the iPhone 12 and there are some other changes top the display, we heard about this recently with regards to displays being replaced.

The Notch™ is 20 percent narrower on the 13 Pro compared to the 12 Pro, thanks to Face ID’s flood illuminator and dot projector merging into a single module! (Also more on that later! Noticing a pattern?)

Face ID works even when we disconnected the front sensor assembly. However, any display replacement knocks out Face ID. We tried transferring the sensors from the old display and porting over the Face ID hardware, but no dice. It looks like the display is serial-locked to the phone.

Ifixit score their devices on a score of 1 to 10, 1 is very difficult to repair and 10 is very easy to repair, the new iPhone 13 Pro managed to score 5 out of 10, you can find out more details below.