The iDesk concept which has been designed and rendered by Adam Benton and takes a look at what desks may hold for the future. The iDesk concept is an entirely adaptable workspace that doesn’t just contain your computer and documents. But enhances their functionality by allowing them all to interact with each other, in a similar vein to Microsoft’s Surface technology.

By placing objects on to the iDesk surface, devices, images and data can easily be transferred from your smartphone, tablet or camera directly to your desktop computer and vice versa. The desktop would become an additional working space to your monitor screen, and enable you to arrange and view documents as if they were paper placed on a traditional work surface. 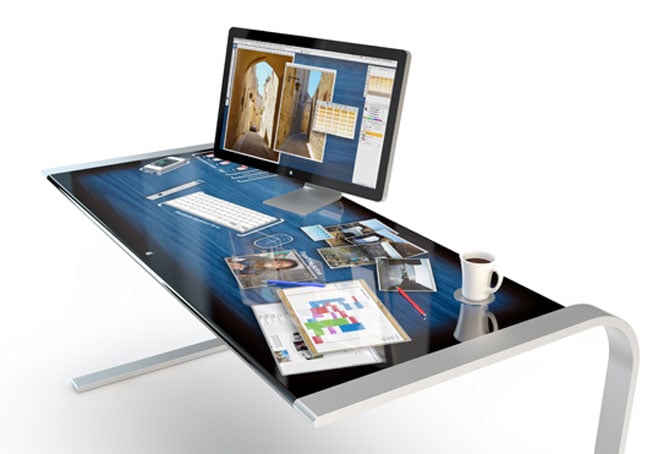 “The desk could sync with your Mac or potentially have a Mac built in, perhaps with a portion of the desk’s surface angled upward to serve as a display. Tactile keyboards could likewise be replaced by a digital touch-sensitive version (endlessly configurable to your preferences for individual apps), and any part of the desk’s surface could be cordoned off as a trackpad area. Files could be transferred easily between Macs, iPhones, iPads, and so on by sitting the devices on the desk and swiping file icons across its surface from one device to the other.”

Even though Benton’s iDesk design is still a concept many of the features incorporated into the desk have already been showcased by larger technology firms, and hopefully we will begin to see them trickle down to affordable mainstream products very soon. 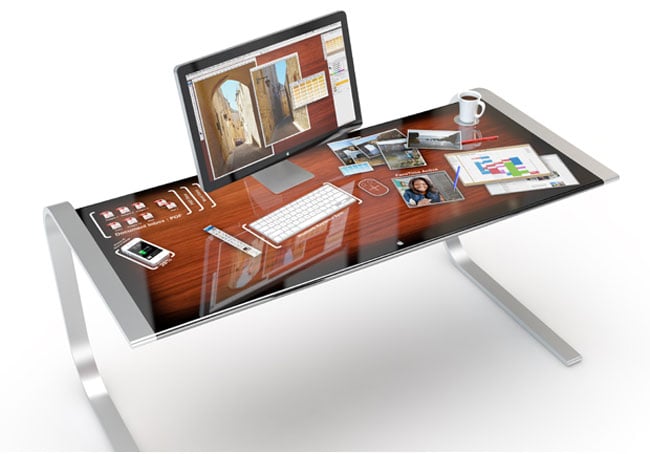