We have already featured some of the fun iCade gaming controllers for the iPhone and iPad, the latest one has been inspired by an NES controller, the iCade 8-Bitty.

The iCade 8-Bitty connects to your iPhone, iPod Touch or iPad via Bluetooth, and it features a directional pad, two shoulder buttons, four face buttons and a select and start button. 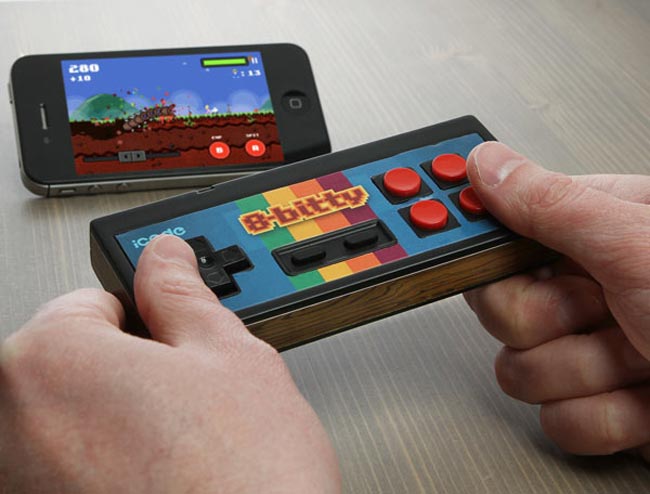 The iCade features an auto power save mode, and it will be available some time later this year for $24.99 from Think Geek.