If you are in the market for a new Bluetooth speaker you might be interested in a new one created by i-box called the Trax which includes both Bluetooth and NFC pairing and builds on the technology used in the Twist speaker system.

The i-box Trax Bluetooth speaker weighs just 317g and on a single charge can provide users with up to 10 hours of continuous playback, thanks to its rechargeable Lithium battery. 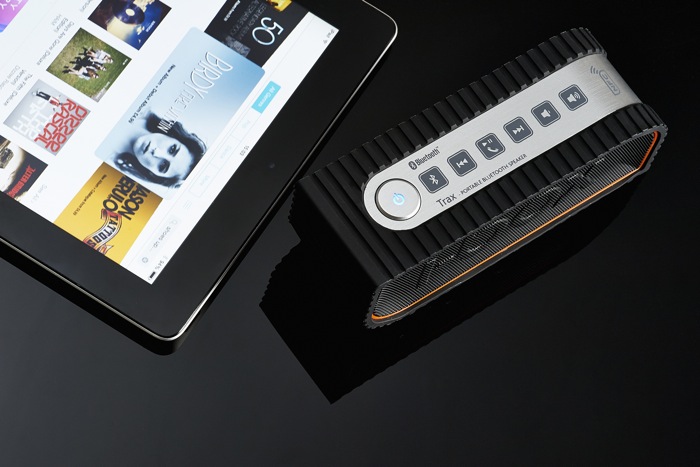 The i-box Trax is compatible with all Bluetooth-enabled devices including iPhone, iPad, Samsung, HTC, Nokia, Blackberry and many other smartphones and tablets and provides a wireless range of around 10 meters and measures 60 x 160 x 55mm. Karl Thomas, Founder and Director of i-box explains:

“I don’t want our speakers to look like the rest and I don’t think you do either. Naturally the Trax speaker comes with NFC, hands free function and a rechargeable battery with 10hr playing time, but I don’t think anyone else can pull off the sleek touch sensitive controls on a brushed panel and create a striking design like we have. Oh, it sounds awesome too!”

The new i-box Trax Bluetooth speaker is now available to purchase from the i-box website for £70. 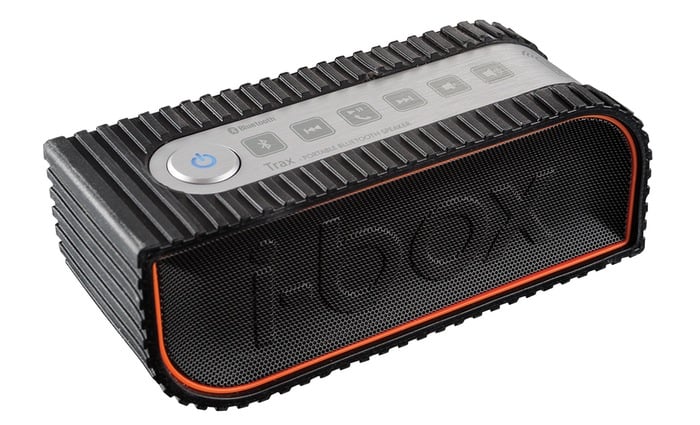