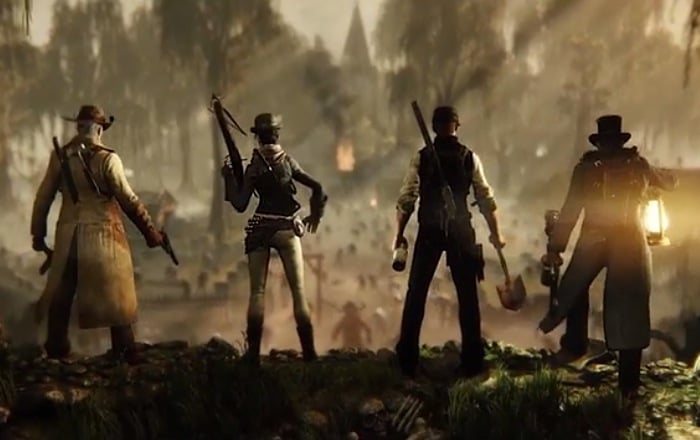 Crytek has today announced the development of a new game called Hunt: Horrors of the Gilded Age which offers gamers a four player action video game, currently being developed by Crytek Games.

The Crytek Games design studio consists of ex-employees of Darksiders developer Vigil Games and the new Hunt game they are developing brings to life monsters of myth together with a storyline based on the history of the 19th century.

The new Hunt: Horrors of the Gilded Age third-person action game will be available to play in a closed beta for Windows PC later this year and more information is expected to be made available by Crytek Games at this years E3 games exhibition which kicks off later this month on June 10th.

To learn more about the new Hunt: Horrors of the Gilded Age game that offers four pre-made characters for gamers to choose from, that can be upgraded and modified as they advance through the game, check out the teaser trailer below. David Adams CEO of Crytek USA and former CEO of Vigil Games explains :

“In Hunt: Horrors of the Gilded Age, players will be counting their bullets and crying out for help as they delve deeper into the shadowy world we’ve created,”-“From the outset of the development process, we’ve poured our imaginations into the game so that everyone who plays Huntwill discover a challenging experience that feels fresh, captivating and rich in possibilities.”

Unfortunately no information on a Hunt: Horrors of the Gilded Age release date has been announced as yet, but as soon as more information comes to light from E3 we will keep you updated as always.