Huawei is reportedly working on a new Huawei Ascend P7, the upcoming flagship device from the Chinese OEM. We’ve seen the device getting leaked in all its glory, and it was even spotted on Tenaa, a Chinese certification website.

Now, the alleged handset was also spotted on the popular AnTuTu benchmarks, confirming the existence of the handset. Based on the results, the purported device managed to score just 24,883 points on the AnTuTu benchmarks, which are just satisfactory. 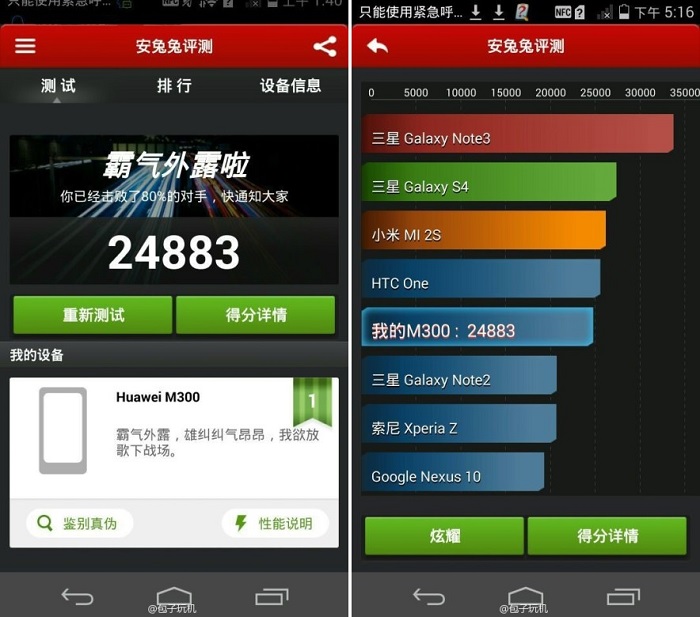 The AnTuTu results also mentions the specifications the alleged Ascend P7 is expected to bring at the table. The handset is expected to come with a 5-inch display sporting a resolution of 1920 x 1080 pixels, 2GB of RAM, 16GB of storage with a microSD card slot, 13MP camera for photos and videos, 5MP front-facing camera, and should come with Android 4.4 KitKat as its operating system with Emotion UI on top of it.

The handset is expected to see the light of the day on May 7th as Huawei is holding a press event.