There’s no denying Huawei Ascend P6 came with a pretty impressive design and looks, so it makes a good sense that it’s successor is going to carry some of the traits, but in a better way.

Recently, a Huawei hansder, believed to be the Ascend P7, has posed for the camera, giving us a glimpse of what we could expect from the upcoming device from the Chinese OEM. 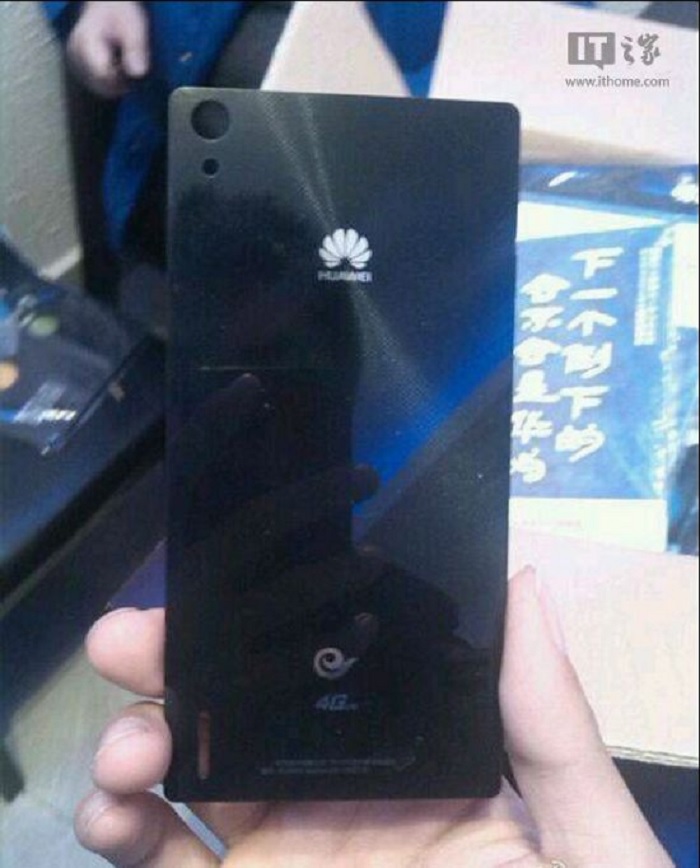 The above image shows the back panel of the alleged Huawei Ascend P7, which looks quite impressive and also resembles a little bit with its predecessor.

Based on rumors, the upcoming Huawei Ascend P7 rocks a 5-inch display sporting a resolution of 1920 x 1080 pixels, 2GB of RAM and will be powered by a 1.6GHz HiSilicon chipset. Other features include a 13 megapixel camera, 2,460 mAh battery and is expected to ship with Android OS, possibly KitKat, with Huawei’s Emotion UI 2.0 pre-installed out of the box.

There’s no word about the launch, but rumors predict it will see the light of the day at the Mobile World Congress in Barcelona, which is set to kick off on February 24th and will end on February 27th.

Stay tuned as we’ll bring you all the happenings from the Mobile World Congress later this month.