It looks like Huawei has another new Android smartphone in the works, as a photo and some specifications of the new Huawei Ascend G700 have been revealed, the device will come with a 5 inch display.

The 5 inch display on the Huawei Ascend G700 is rumored to be a high definition display with a resolution of 1280 x 720 pixels, and it is also rumored to be powered by a quad core processor. 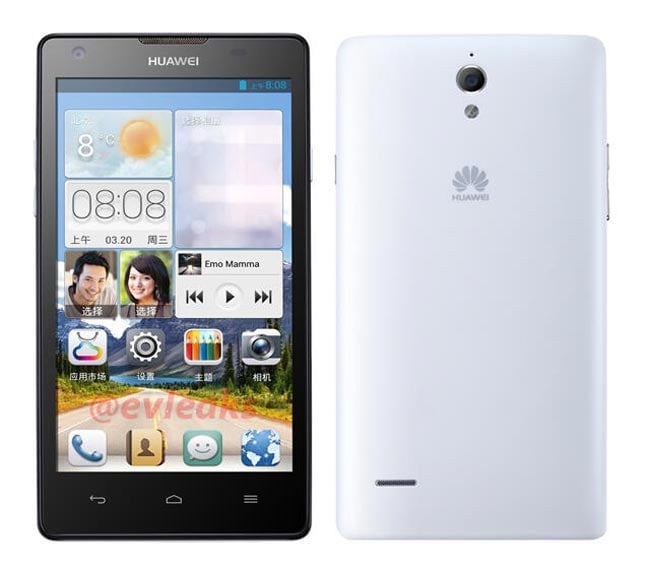 As soon as we get some more information on the new Huawei Ascend G700, including a full list of specifications and also some more photos of the handset we will let you guys know.