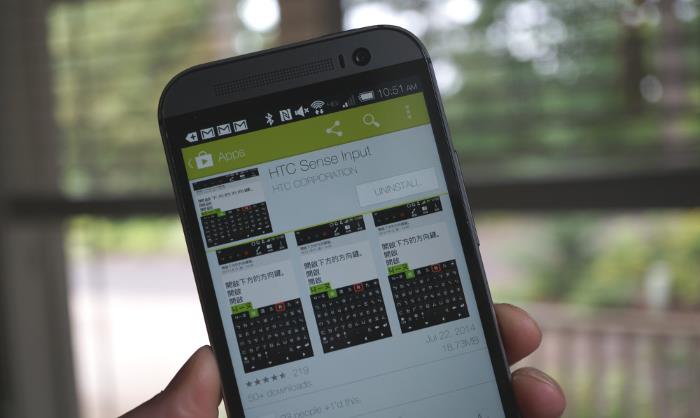 Many OEMs, including Motorola, Google, etc, have released their default keyboards as separate apps in the Google Play Store.

Recently, the folks at HTC surprisingly released their keyboard app in the Google Play. Unfortunately, it’s not available for a whole lot of devices, but is specifically for HTC handsets, such as the Desire series as well as other HTC devices.

It will not even work for those who are rocking the Google Play Edition of the HTC One M7 and One M8. The keyboard doesn’t have too many features to offer like SwiftKey or Fleksy, just only the basic ones. Google Play Store listed some of them in the change log such as the support for Google Extract View in landscape mode and it now enables handwriting manual submit mode.

If you’re in possession of any newer HTC device such as the Desire 816, or the One M8, you shouldn’t bother visiting the Google Play Store since your device already comes with the latest version of it.

If you’re using any other HTC device, simply head over to the Google Play Store and grab the app. Also let us know about your favorite keyboard app for Android using the comments below — I like Swiftkey.