We have been hearing about the HTC Ruby for a while now, and some photos and specifications have been leaked on the new HTC Ruby / HTC Amaze, which included a 4.3 inch qHD display with a resolution of 960 x 540 pixels.

Other specifications include a dual core 1.5GHz processor, an 8 megapixel camera with a dual LED flash, 1GB of RAM and 16GB of storage and a microSD card slot. 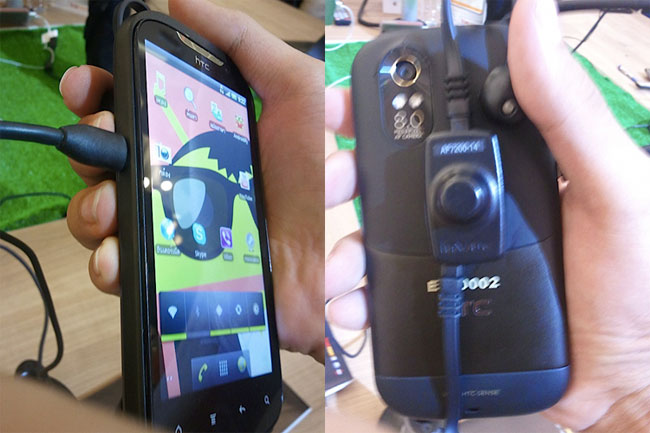 The HTC Ruby is expected to be called the HTC Amaze when it launches with T-Mobile and it will come with Android 2.3 and the latest version of HTC’s custom user interface, HTC Sense 3.5.

There are no details as yet on when the HTC Ruby / HTC Amaze will be available, as soon as we get some more information we will let you guys know.

Source This is My Next, Droid Sans