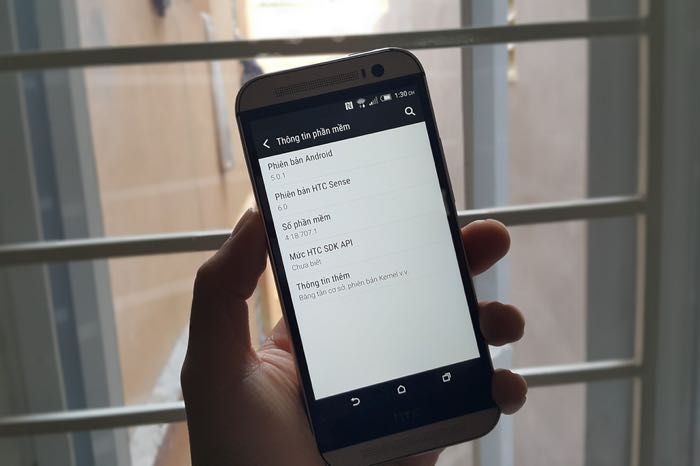 The HTC One M8 Android Lollipop update is expected to be released shortly, some time before the end of the month, and now we have a video of the software in action.

The video below shows Android 5.0.1 Lollipop running on the HTC One M8 along with HTC’s Sense UI, we recently saw a video of the software running one the One M7.

We are expecting the HTC One M8 Android Lollipop update to arrive some time with the next week to 10 days, we previously heard it would land some time in the next two weeks, that was on the 8th of January.

The Android Lollipop software shown in the video with HTC Sense is apparently not the final version that will be released.

As soon as we get some more information in the exact release date of the Android Lollipop update for the HTC One M8 we will let you guys know.