There shouldn’t be any doubts about the existence of the upcoming flagship from HTC dubbed as the All New HTC One codenamed M8. Earlier today, we heard a rumor that it will hit the retail shelves two weeks after its announcement on March 25th. 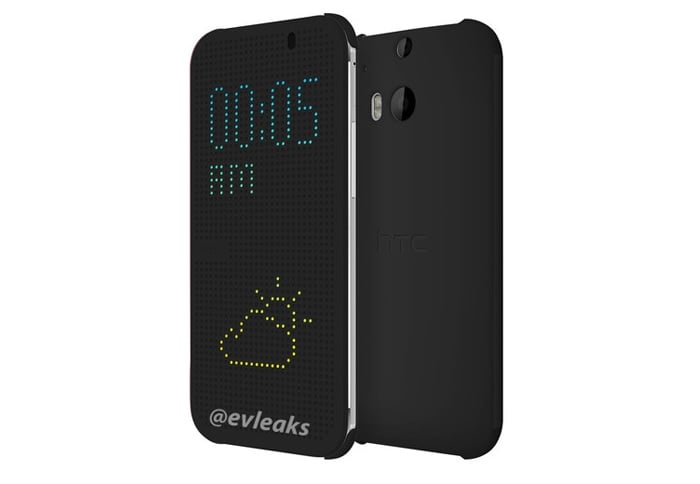 Recently, the notorious Twitter leaker @evleaks posted an image of the alleged HTC M8 with an odd looking flip case over it, with a caption that it will get the Google Play Edition treatment. This means that the device will launch with the stock version of Android 4.4.2 KitKat pre-installed out of the box.

One thing which we aren’t sure about is the launch time, whether it will see the light of the day along with the all new HTC One or do we have to wait for a few weeks before the device hits retail. We’re wildly guessing it will be a few weeks later, since HTC want to sell the one with Sense UI on top of it as well.

The handset is expected to see the light of the day on March 25th at a press event in New York City. We’ll bring you everything you need to know about the upcoming flagship device from the Taiwanese OEM>.