Yesterday we saw some schematics of the new HTC HD7 Windows Phone 7 smartphone, now some photos and specifications have been revealed on this new HTC Windows Phone 7 handset.

It looks like the HTC HD7 will feature a 4.3 inch WVGA touchscreen display, plus a 1GHz Qualcomm Snapdragon processor, a five megapixel camera and dual LED flash. 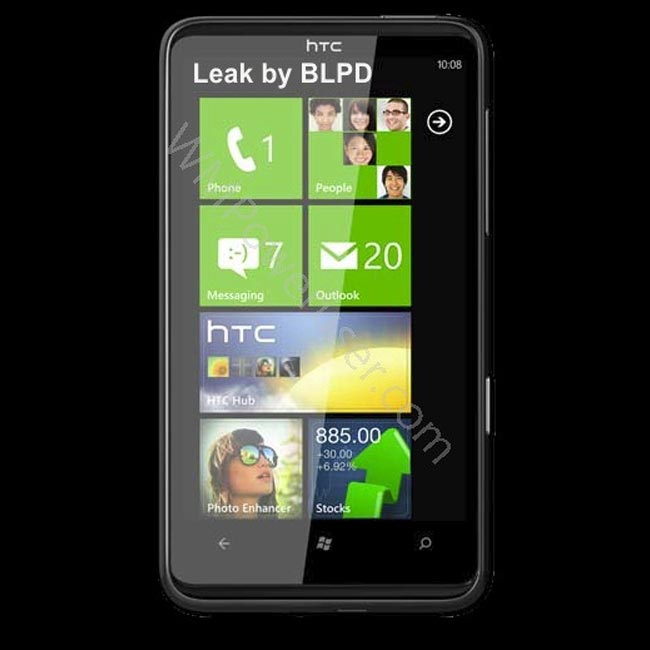 The five megapixel camera will be able to record HD video in 720p, and it will come with 8GB of built in storage. As soon as we get some more information we will let you guys know.

The full specifications for the HTC HD7 have now been leaked, full details at the link below.